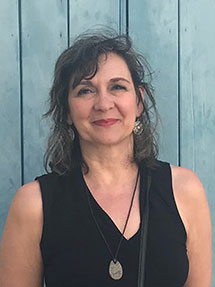 Marissa Chibás is a TCG Fox fellow in distinguished achievement. Her solo performance Daughter of a Cuban Revolutionary directed by Mira Kingsley and produced by the CalArts Center for New Performance has been presented at the REDCAT Theater in LA, NYC, Miami, Guadalajara Mexico, and the Edinburgh Fringe Festival. Encuentro 2014 and in April 2016 Arts Emerson. For CNP Marissa played Edgar in King Lear directed by Travis Preston and co-adapted the award winning co- production with The Poor Dog Group, Brewsie and Willie.

Marissa has performed in over 50 productions and over two dozen American premieres including The Keening by Umberto Dorado at the ART in Boston, The Predator’s Ball at BAM, Democracy in America at the Yale Rep, Two Sisters and a Piano by Nilo Cruz at the McCarter, Another Antigone at Playwrights Horizons, Overtime at the Manhattan Theater Club, The Mark Taper Forum productions of The House of Bernarda Alba and Eduardo Machado’s The Floating Island Plays. On Broadway she performed in Abe Lincoln in Illinois and Brighton Beach Memoirs, as well as off Broadway and many prominent resident Theater’s across the United States.

Marissa is on the Theater School faculty at CalArts where she heads the bi-lingual initiative Duende Calarts that collaborates with innovative Latin@ and Latin American artists to make adventurous theater work. 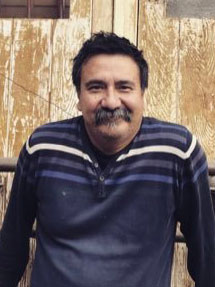 Martín Acosta is a director and playwright, based in Mexico City. Since 1989, he has staged numerous productions as the Artistic Director of Teatro de Arena, including La secreta obscenidad de cada día (1992), Exhivision (1993), and Las historias que se cuentan los hermanos siameses (1998).

Acosta has directed theatrical works that have been performed throughout the Americas, Spain, and Portugal. His adaptation of James Joyce’s Portrait of the Artist as a Young Man, toured the United States for three months prior to performances at LaMama E.T.C. Acosta also directed productions of John Jesurun‘s bilingual Faust/How I Rose (1998), presented at the Brooklyn Academy of Music in 2004, and Philoktetes (1994), produced in Mexico City in 2000.

After receiving his Grants to Artists award, Acosta directed a bi-national cast and creative team for the multimedia work Timboctou (2012), presented by the CalArts Center for New Performance in collaboration with its bilingual theater initiative Duende CalArts, and The University of Guadalajara Foundation/Cultura UDG. Timboctou was presented in Los Angeles at REDCAT and performed at Teatro Experimental in Guadalajara, Mexico.

Acosta has been an artist in residence at the L1 Ensemble Sauvage Public in Montreal, Cornerstone Theater in Los Angeles, and Art Awareness in Lexington, New York. He graduated from the National School of Theatrical Art, National Institute of Fine Arts in Mexico.