The CalArts Center for New Performance Podcast invites audiences to follow the artists who are expanding the language, discourse, and boundaries of contemporary performance. Each episode, visionary CNP artists lead us into creative dialogue, sharing how they are infusing their transformative work with the talent, vitality, and impulses of emerging artists in the CalArts community. 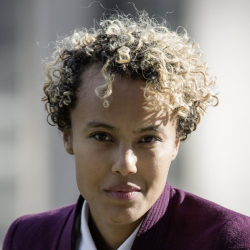 Kaneza Schaal, recipient of the 2021 Herb Alpert Award in the Arts for Theater, joins a conversation with CNP Producing Artist Daniel Alexander Jones. Schaal’s performance works function as profound acts of invitation, presented in a wide range of contexts.

The two artists, whose friendship has been furthered by their professional collaborations, discuss Schaal’s many fluencies—of language, history, form, cultures, and aesthetics—that have served to build her lexicon as a maker of theater. 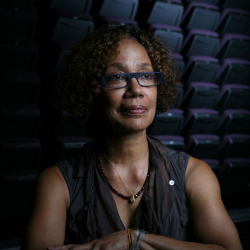 We join a conversation between Pat Cruz (CEO and Artistic Director, Harlem Stage) and director Juli Crockett as they discuss the creation of CNP’s The George Project: A Liberation Through Hearing, a new seven-part audio play inspired by and adapted from When This War is Over, You’re Going to Get it George, a 1975 meditation on the brutal logics of war by artist Emilio Cruz.

Cruz and Crockett share a lively discussion about the inquiries that forged Emilio’s work, and the power of creativity to connect us to multiple planes of the human experience. 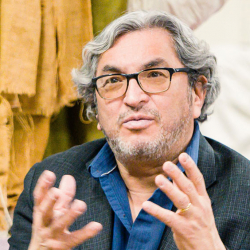 Playwright Octavio Solis and CalArts Center for New Performance (CNP) Associate Artistic Director Chi-wang Yang sit down together during rehearsals for their latest project, Scene with Cranes, a new play commissioned and produced by CNP/Duende CalArts.

Their conversation recounts Solis’s early days in writing workshops with María Irene Fornés and staging plays in bars in the late 80s, and explores their creative process, touching upon the music of Jean Sibelius and the unarticulated grief of our nation. 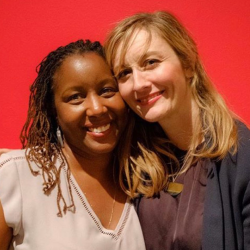 Not long after Nataki Garrett began her tenure as artistic director of Oregon Shakespeare Festival (OSF), she and Andrea LeBlanc joined Awele Makeba to discuss CNP’s The Carolyn Bryant Project on the occasion of the work’s digital release in the fall of 2020. Directed by Garrett and co-created with LeBlanc—who also performs the role of Carolyn Bryant—the work conjures the specter of Emmett Till’s murder to create a nightmarish reverie on white violence and silence in America.

As they discuss the project’s creation, Garrett and LeBlanc share critical and personal reflections on a creative process that took shape in the Obama era through its most recent presentation following a summer of surgent Black Lives Matter protests.

The two-time Emmy Award-winner — and current CalArts faculty — Ron Cephas Jones speaks in-depth about his process as an actor. Jones shares his love of jazz, rhythm and language, and talks of nights at the Nuyorican Poets Cafe, of the connections between Duke Ellington, William Shakespeare, August Wilson, and more.

Jones reveals his rigorous process of script analysis and answers questions that speak to an actor’s life and practice. As he addresses questions from the CalArts community — both pre- and mid-pandemic — Ron offers insight into the self-care, self-determination, and commitment of an artist whose accolades have never deterred him from continuing to seek, learn, and grow. 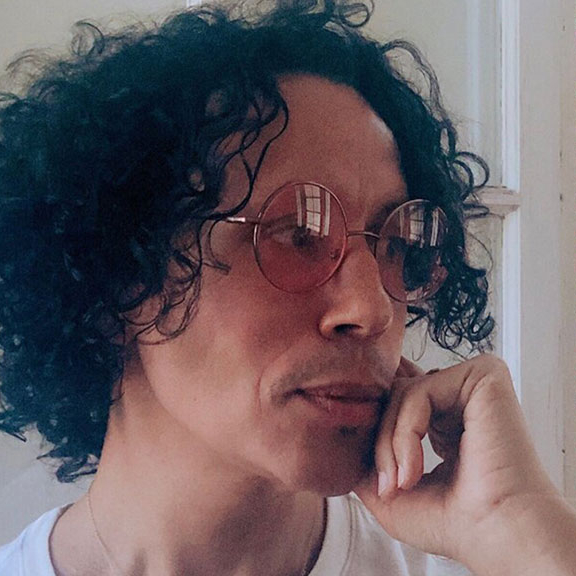