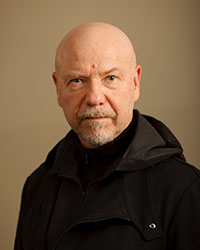 Travis Preston is an internationally celebrated director of theater and opera. His groundbreaking production of King Lear inaugurated the CalArts Center for New Performance. Staged in six locations within the massive factory spaces of the Brewery Arts Complex in downtown Los Angeles, Preston’s Lear challenged traditional interpretations of the play by employing a staging area of environmental proportions, unconventional uses of technology, an all-female cast, and a gripping post-modern aesthetic. Other projects include Bell Solaris with David Rosenboom, Macbeth starring Stephen Dillane (subsequently performed at the Almeida Theatre in London and at the Sydney and Adelaide Festivals in Australia), Ah! Opera, Brewsie and Willie with the Poor Dog Group, Prometheus Bound starring Ron Cephas Jones (in partnership with the Getty Villa), and Fantomas: Revenge of the Image – which had its world premiere at the Wuzhen Theatre Festival in China in 2017.

Other professional credits include The Master Builder at the Almeida Theater in London (with Stephen Dillane and Gemma Arterton), Boris Godounov, and a highly controversial production of Luigi Nono’s Al Gran Sole Carico D’Amore (both at the Hamburg State Opera), as well as directing the opening gala performance at the Libeskind’s Jewish Museum in Berlin. Last year, Preston directed Sam Shepard’s Buried Child for the 40th anniversary season of the Hong Kong Repertory Theater. He was awarded Chevalier of the Order of Arts and Letters by the French Minister of Culture for “contributions to the arts in France and throughout the world.”

Travis is Dean and Head of Directing at the CalArts School of Theater. 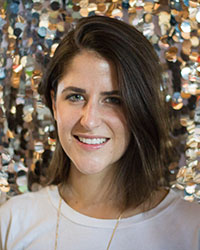 Rachel has been working in performance and public programming as a producer, curator, and administrator for more than a decade. She most recently served as Managing Director of Los Angeles Performance Practice, in addition to six years as part of the producing team for the annual Los Angeles Exchange (LAX) Festival.

She holds a B.A. in Public Relations and Advertising from the Dodge College of Film and Media Arts at Chapman University, an M.A. in Performance Curation from Wesleyan University, and is the recipient of the 2018 Sam Miller Prize for Best Thesis for her writing about alternative feminist practices in performance. 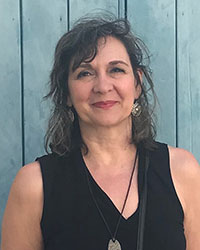 Marissa Chibas is a writer, performer, filmmaker, and recipient of the TCG Fox Fellowship in Distinguished Achievement. For CNP/Duende CalArts, Marissa’s solo show Daughter of a Cuban Revolutionary premiered at REDCAT, and has toured the U.S., Europe, and Mexico. The script is included in the Routledge Press second edition of Contemporary Plays by Women of Color. She conceived and wrote Shelter, which premiered in April 2016 in Lincoln Park, performed at the Kennedy Center, and in Fall 2018 was presented in Mexico City as part of an international theater conference. Shelter was subsequently published by NoPassport Press.

She directed the documentary film version of the play, titled Finding Shelter, which screened at the 2019 Segal Center International Film Festival in NYC as well as the San Diego Latino Film Festival. Marissa co-adapted the award winning CNP/Poor Dog Group production of Brewsie and Willie, which was presented at the 2011 RADAR LA Festival. She also played Edgar in CNP’s inaugural production of King Lear, which premiered at the Brewery in Downtown Los Angeles, and was subsequently presented in France.

Marissa has acted in over 50 productions on and off Broadway, including The Keening by Umberto Dorado (ART in Boston), Two Sisters and a Piano by Nilo Cruz (McCarter), The House of Bernarda Alba and Eduardo Machado’s The Floating Island Plays (Mark Taper Forum) and Robert Wilson’s Danton’s Death (Alley Theater). On Broadway, she performed in Abe Lincoln in Illinois and Brighton Beach Memoirs, and has a number of additional Off-Broadway and regional credits.

Marissa is on the Acting faculty at the CalArts School of Theater. 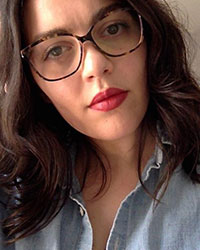 Amanda Shank is a writer, artist, and educator based in Los Angeles, California. With a multidisciplinary practice rooted in the interplay between text, image, and performance, Amanda has developed numerous projects with CalArts Center for New Performance, the National New Play Network, the John F. Kennedy Center for the Performing Arts, the Henson Foundation, Circle X Theatre, The Industry, the Prototype Festival, Los Angeles Performance Practice’s LAX Festival, and many more. She has presented work at venues such as the Ace Hotel DTLA, the Hammer Museum and Automata Arts. As a playwright, her work has been published in the U.S. and translated internationally.

Amanda has also worked extensively as a dramaturg, helping to develop both traditional and experimental performance works on a national and international scale. She frequently pursues alternative methods of dramaturgical investigation, such as visual dramaturgy, opening pathways of engagement into a diverse range of performative modalities. Recent CNP projects include Travis Preston and Tom Gunning’s Fantômas: Revenge of the Image, which had its world premiere at the Wuzhen Theatre Festival and Nightwalk in the Chinese Garden, writer-director Stan Lai’s site-specific collaboration with CNP and The Huntington Library, Art Collections and Botanical Gardens.

Amanda received her BFA in Writing, Literature & Publishing from Emerson College and her MFA in Writing for Performance from California Institute of the Arts (CalArts). Amanda is on the faculty and serves as Associate Dean at the CalArts School of Theater. 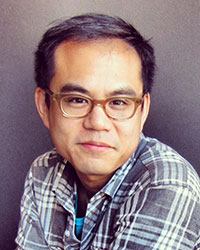 His CNP credits include directing Vineland Staele (composed by Sandeep Bhagwati), co-curator for TEDxCalArts, company director for What to Wear (directed by Richard Foreman), and an Artist In Residence workshop.

Chi-wang received his MFA in Theater Directing and Integrated Media at CalArts, and his BA from Brown University. Chi-wang is on the Performance faculty at the CalArts School of Theater. mysteriously.org 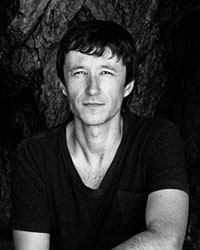 Paul Turbiak is an actor, writer, teaching artist, communicator, and arts administrator. He has worked with CalArts Center for New Performance since 2012, supporting its artists and administrative team, and helping facilitate communication across the many people, projects, and platforms.

He has a number of film and commercial credits, and his voice work can be heard in over 30 feature films. Most recently, he appeared in the 2019 short film Evie, which has screened at multiple film festivals across the country.

Paul holds a BA in Theater from Gordon College, and an MFA in Acting from California Institute of the Arts. He is the Communications Manager/Executive Assistant to the Dean at the CalArts School of Theater.

An intimate story about the fluidity of borders, time and the historic confluence of China, Mexico and the United States. Written by Virginia Grise. World premiere.

Octavio Solis will be in residence for an exploratory workshop of his newest play, Scene with Cranes, which follows a grieving Mexican mother in search of the truth about her youngest son's mysterious death.

CNP in association with Loose Change Productions presents a workshop of When This War Is Over, You’re Going to Get It George written by Emilio Cruz and directed by Juli Crockett.

A workshop residency to develop Brathwaite’s play Try/Step/Trip which examines the (mis)placement of young Black men in a rite of passage through the criminal justice system.